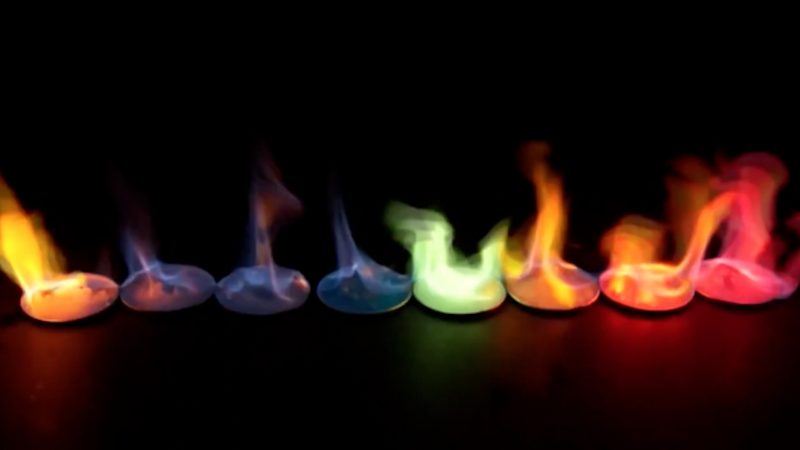 By admin
Uncategorized
Spread the love

A flame is the visible, gaseous part of a fire. It is caused by a highly exothermic reaction taking place in a thin zone. Very hot flames are hot enough to have ionized gaseous components of sufficient density to be considered plasma

There are a variety of colours associated with flames depending on the chemical composition of the fuel being burned,the reaction products being generated ,and the heat at which it is burning.For example,blue colour in flames is due to the presence of carbon and hydrogen,but it also indicates that it is the hottest part of the flame.If there were copper compounds being burned ,on the other hand,the flames would be green.

Colour variation in a flame is due to uneven temperature.A typical example is when a fire undergoes incomplete combustion.This happens when there is no enough oxygen to keep up with the burning fuel,and it is commonly seen in camp fires.This is because there is only 21% oxygen in our atmosphere,and while this is enough to cause oxidation it is not enough to keep up with the multiple chemical reactions that take place during combustion.

Being unable to react with oxygen, some of the fuel carbonizes with itself to create soot. Soot gets extremely hot and begins to emit a visible white light. The soot particles that rise in the air begin to cool, causing their emission spectrum to shift to infrared. This is why the top of a fire is usually red while the bottom is more yellow-white. When there is complete combustion, meaning that there is sufficient supply of oxygen, the flame will burn blue. The changes in flame colour caused by combustion rates is most easily seen in Bunsen burners, where you can manually control the amount of oxygen being fed to the flame.

MANAGEMENT OF BURNS AND SCALDS
REFLECTIVE AND CAUTION SAFETY TAPES